10 Reasons Why Making Music Is Good For You

The state’s stay at home order means we are missing a great deal of our normal social support from friends and family, and as our movement and general way of life becomes more and more restricted, our freedom to control our day to day lives seems to have vanished.

Making music provides a means to regain some of that control.

For some, it’s about trying to break the tedium of staying confined at home, but in a broader sense, music creates a sense of belonging and participation. 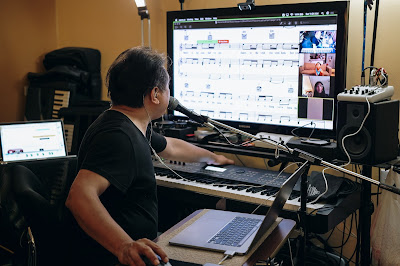 As we practice social distancing due to concerns over the spread of the coronavirus, COVID-19, it bears repeating that active music making is good for you on so many levels. From making you smarter, to diminishing the effects of brain aging, to improving emotional stability, it seems that playing an instrument has a hand in reconfiguring your brain and enhancing it.


Here are ten reasons why, especially in troubling times, making music is a meaningful activity:

1. Enriches connections between the creative right brain and the logical left brain. White matter found in the corpus callosum, the bundle of neural wires connecting the brain’s two hemispheres, is increased, allowing communication between the two to process creativity and logical ideas. Problem-solving abilities are improved when both creativity and logic work together.

2. Boosts executive brain function. More white matter may be why people with musical training are also better at making decisions, processing and retaining information, and adapting based on changing mental demands. For these reasons, executive brain functions likely contribute more to academic success than IQ. Some researchers even speculate that playing an instrument could prove beneficial in helping kids with neurological problems that involve executive functioning, including ADHD.

3. Strengthens speech processing. It’s no surprise that making music helps your brain process musical sounds, but it also aids in processing consonant and vowel sounds in speech. Researchers speculate that music and speech share common characteristics, pitch, timing and timbre, and that the brain relies on the same neural pathways to process both. Sharper language skills, including reading, may in turn help kids learn better in all subjects, from math to social studies. Kids who have music instruction are able to process many more speech sounds, and with greater precision, than those who had never taken a music lesson.

4. Magnifies memory. Related to speech processing, those with musical training are better at remembering spoken words. Music-making also seems to boost working memory, the ability to temporarily store and use information that helps you reason, learn or complete a complex task.

5. Promotes empathy. Musical training increases the brain’s capacity to detect emotions in sound, meaning that musicians may be better at reading subtle emotional cues in conversation. It may lead the way to more emotionally rich relationships, and maybe even help kids with emotional-perception problems, such as autism.

6. Slows brain aging. Studies find that older people who had musical training when they were young could identify speech 20% faster than those with no musical training. Speech-processing and memory benefits extend to sensory information, including auditory, visual and tactile data with men and women, aged 60 and older scoring higher across the board than people who’d never learned an instrument.

7. Fosters math and science ability. A recent study found that preschoolers who got keyboard lessons performed better on a test of spatial-temporal reasoning (the ability to mentally envision spatial patterns and understand how they fit together). Researchers believe that elevated spatial-temporal reasoning leads to better math and science performance. 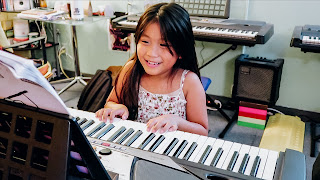 9. Sharpens self-esteem. Musical mastery transfers into greater feelings of self-worth. Studies show that kids who receive music lessons score higher on a measure of self-esteem than kids with no music instruction. Kids who participate in music performance groups (whether in school or as extra curricular activities) tend to feel less alienated and more successful.

10. Elevates mental health. Studies show that those who play an instrument have a thicker brain cortex in regions that regulate emotions, anxiety levels, and the capacity to pay attention. Making music also relieves stress. That is, musicians may suffer from fewer stress-related psychological and physical symptoms, including burnout, headaches, high blood pressure and lower immune function.

No doubt, in the face of these uncertain times, music is a remedy for anxiety, enhancing community connections, and calming our growing sense of alienation and isolation.
Labels: Distance Learning 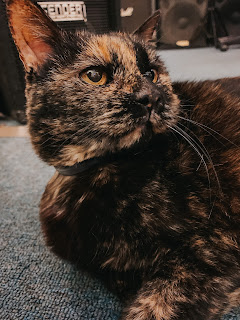 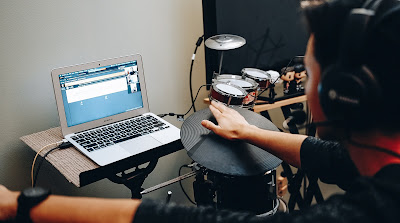 Opinion: A+ score for distance learning